The following are basic maintenance steps that all PFAFF owners should perform on a regular basis. 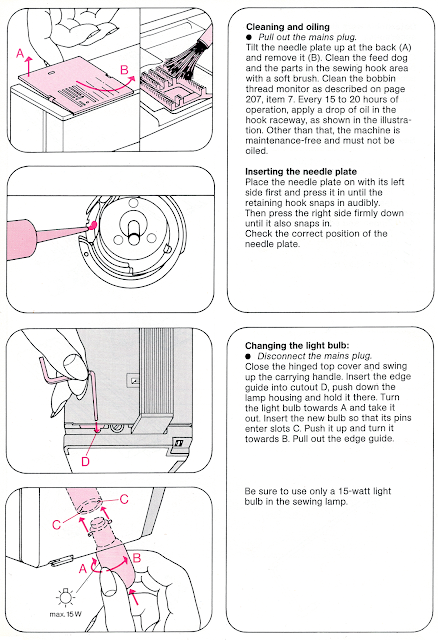 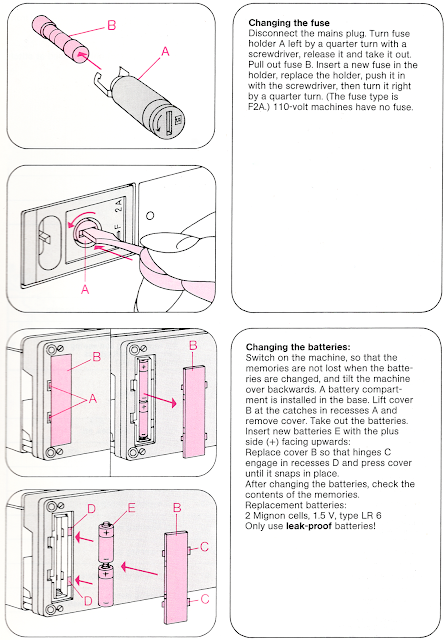 Oiling the hook area is extremely important for maintaining a smooth-running machine. This applies only to models that have all-metal hooks. Early-mid 2000s VSM/SVP-era models such as the 2054/2056/2058, 2140/21442170 have plastic hook baskets that do not require oiling.
Oil technology has come a long way since vintage machines were produced. Using a newer-style synthetic oil (such as products from Liberty or Liquid Bearings) is recommended over the mineral oil that was originally provided with older PFAFFs.

1400 & 7500 machines use two size AA batteries for the purpose of memory storage. These should be replaced annually, with high-quality leak-proof batteries only. Battery leakage can result in a dead motherboard.

Upgrading to an LED Bulb

If you wish to replace your old yellow incandescent light bulb with a modern ultra-bright white LED equivalent, most (if not all) 1980s/1990s models such as the 1400 & 7500 series use a BA15D type bulb (15w 120v). These can be replaced with a BA15D LED like this. Make sure it is a 120v bulb and not a 12v bulb (don't ask how I know!). The new LED bulb not only puts out a lot more light, but will only use about 2 watts, and will not run hot like the old incandescent bulb.

If you have a 2000/2100 series machine, it uses a BA9S type bulb (5w 12v), which is much smaller in size when compared to the BA15D bulbs in the older models. Most shops will likely you there is no LED replacement for this, but it's actually just a common 12v automotive bulb. There are many LED replacements, I particularly like this one.


I should note the only PFAFF model I've found that was not compatible with LED bulbs was the 1151, which produced dim lighting and flickered (but did not harm the machine). This is likely due to it using a Metro AE 003 type foot control (the type with the power cord built in). If your machine has this type of foot control, you might be stuck using an older incandescent-style bulb, or using self-adhesive LED strips with an external power supply, such as this.