In late 2000 and early 2001, PFAFF ran clever advertisements in some of the final issues of PFAFF Club Magazine (#29 & #30). These advertisements gave a sneak peak of what would become the future of PFAFF under its new owners (VSM) -- the awesome Creative 2140.

Interestingly, in an earlier issue of PFAFF Club Magazine (#28), there was a "trade in/trade up" promotional ad for the special edition PCD Creative 7570 model. With this promotion, one could have purchased a new PCD 7570, used it for one year, then traded it in (applying the full purchase price) towards the yet-to-be-unveiled Creative 2140. This promotion likely existed because the 2140 was delayed, and offering an upgraded 7570 (which by the year 2000 was already quite an old platform) kept customers satisfied until the 2140 was finally released.

Also note the subtle changes in the graphic design in the first two ads. These changes indicate that PFAFF was in a full transformation period under its new owners. Can you spot the differences? 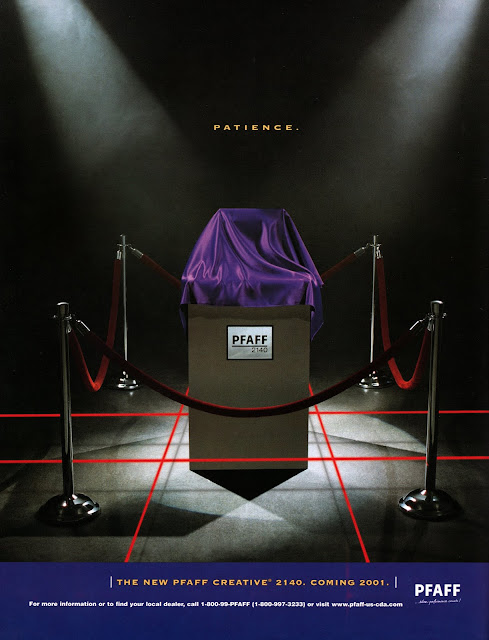 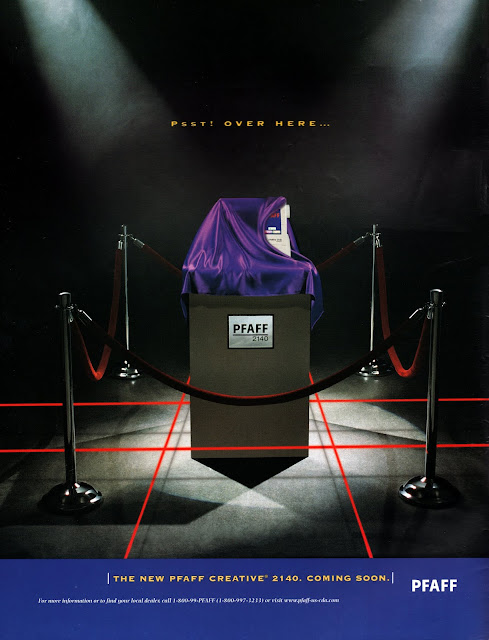 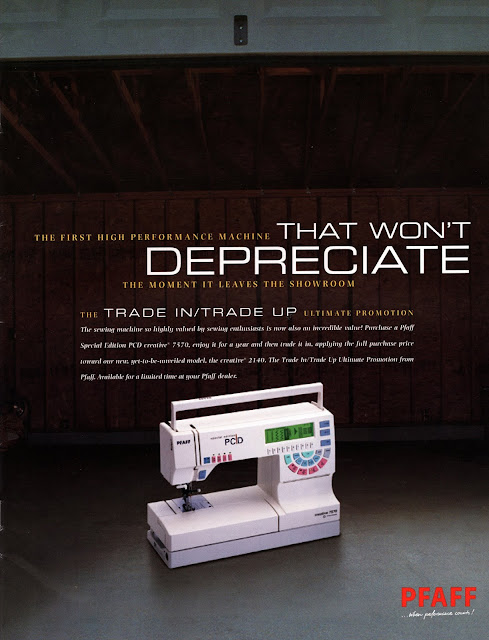