To start off with the first installation of PFAFF PFLASHBACK, this is a pamphlet printed in 2006 which provides a condensed history of PFAFF from 1862-2005. This is one of the last print pieces from VSM before the SVP acquisition (more on this below). 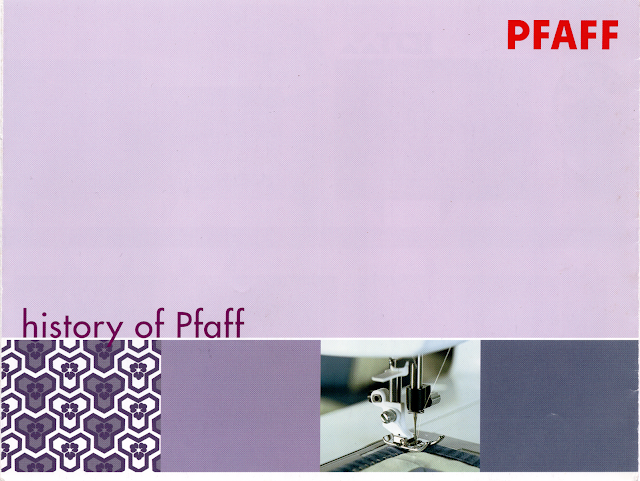 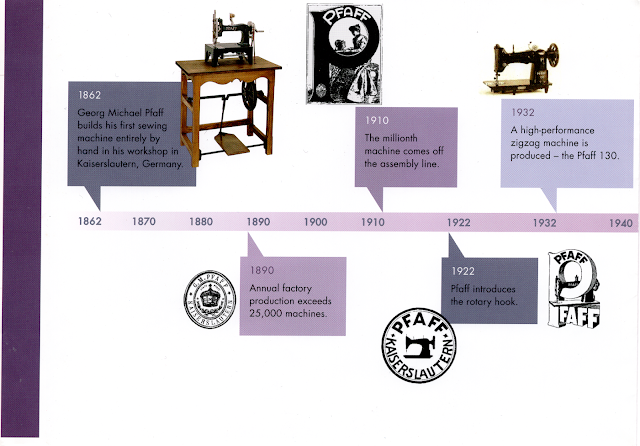 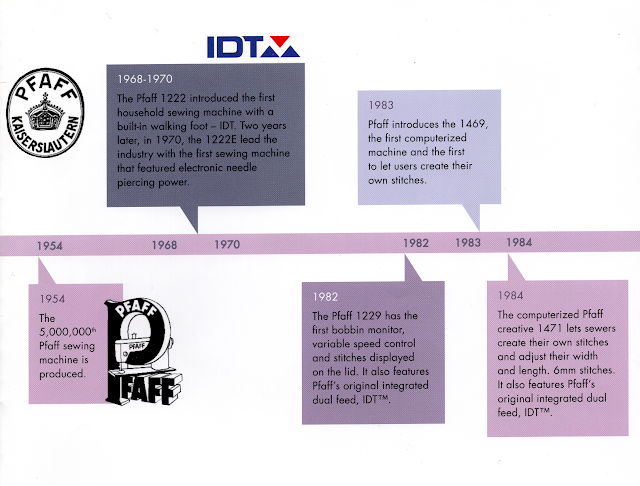 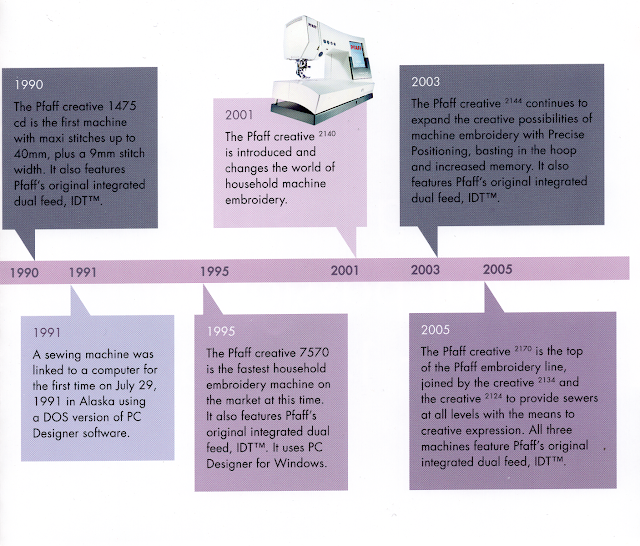 The domestic division of PFAFF, G.M. Pfaff  AG was purchased by Viking Sewing Machines AB from Singer N.V. in April 2000 (later changed to VSM Group in July 2002), eventually ending the German-made era of PFAFF. During 2001-2002, VSM moved the production of new PFAFF models to Sweden. However, existing models (pre-VSM acquisition) were still made in Germany until at least the first quarter of 2001, possibly later (if you have a post first-quarter 2001 German machine, please comment). Although the quality of the new Swedish models were still fantastic, a few corners were cut.

In 2001, VSM moved PFAFF production from Germany to the Czech Republic. To do this, they created a company called VSM Production s.r.o., which allowed PFAFF to fully operate under its own management. Previously since 1991, a company called Zetina had been performing final assembly duties on PFAFF machines in Brno, Czech Republic (meaning some, or possibly all 1991-2001 German-made PFAFFs were made in Germany, but actually assembled in the Czech Republic). VSM Production s.r.o. operated in the existing Zetina premises in Brno because VSM had already invested so heavily in the facilities, therefor it made no sense to build a new factory. They also retained some of the Zetina employees. Product quality remained the same after the move to the Czech Republic as little had changed.

In 2006, the VSM Group was acquired by the American equity firm Kohlberg & Company, who already owned Singer, leading to the formation of SVP Worldwide (Singer, Viking, PFAFF; and eventually in 2018 SVP Worldwide was sold to Ares Management and 2021 to Platinum Equity). Interestingly, PFAFF and Singer already had history together as Singer briefly owned an 81% stake in the company from 1997-2000, which they had purchased from Semi-Tech Global (both controlled by James Ting -- a bizarre crime story that you can read about here). It is worth noting that by this time, PFAFF's IDT patent had, or was set to expire (ending their exclusive rights to use to the dual feed system); and VSM sales in the United States had fallen quite a bit -- both of which likely had something to do with the sale of VSM.

After this acquisition, new PFAFF models were given a complete overhaul, essentially becoming Vikings with dual feed (AKA Pfikings). At some point, new PFAFF models were once again produced in Sweden, but eventually moved to China (where they are currently made). I am under the impression that during this time the Czech Republic factory was still producing older PFAFF models, such as the 2170, until discontinuation sometime during the late 2000s. The SVP machines produced in Sweden and the Czech Republic are some of, if not the last European-made sewing machines in the world.

All of the changes PFAFF made from 2000-2007 is somewhat convoluted -- I've done the best I can to piece all of the above together. Corrections and additional information via the comments or email will be much appreciated.
By Pfaff Pfantom at December 13, 2019